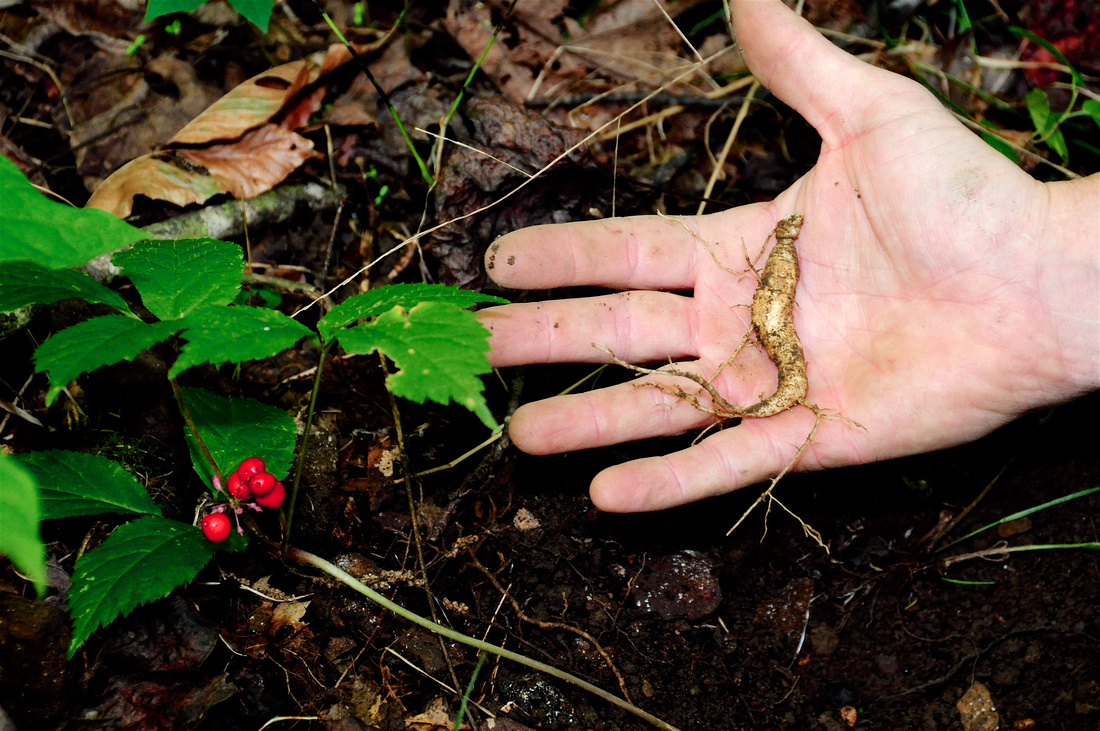 Harvesting pulls up the ginseng root, ending the plant’s ability to replace itself with new generations. To help the herb’s last seeds grow, the hunter must by law plant them at the site where the root was taken.

Before the plant can be legally harvested, ginseng must be at least five years old and its seed-bearing berries bright red. The slow-growing plant needs to mature for at least five years to reproduce. The plant’s age can be determined by looking at the base of the plant stem, where bud scars occur. A five-year-old ginseng root will have at least four scars.

The diggers must have written permission to dig on private property.

No ginseng may be taken from West Virginia state forests, state parks or other state-owned land.

Ginsengers must have a current forest service permit to dig and collect from national forest lands. Hunters should contact the national forest office in their area regarding ginseng permits and regulations.

This year, other national forests have found their ginseng populations too depleted to allow sustainable harvesting. The U.S. Forest Service announced that in 2021, no ginseng permits will be issued for North Carolina’s Nantahala and Pisgah National Forests and the Cherokee National Forest. The herb’s decline is attributed to poaching, overharvesting, and harvesting without planting seeds to produce a new crop.

Diggers have until March 31, 2023, to sell their ginseng to a registered West Virginia ginseng dealer or to have roots weight-receipted at one of the West Virginia Division of Forestry weigh stations.

Regulations prohibit possession of ginseng roots from April 1 through Aug. 31 without a weight-receipt from the Division of Forestry. A weight receipt is a record of the ginseng dug during the current year and the individual who wants to hold it over to the next digging/buying season.

The law requires all diggers to provide a government-issued photo identification to sell ginseng to a registered dealer. Fines range from $500 up to $1,000 for a first offense and $1,000 up to $2,000 for multiple offenses.

Details on ginseng are available on the Division of Forestry website, https://wvforestry.com/ginseng-program/.

The site includes how to identify mature ginseng plants, rules for harvesting and resources such as lists of West Virginia ginseng dealers and weigh stations.